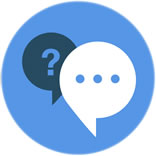 Who is considered a "Highly Compensated Employee?"

A Highly Compensated Employee or HCE is any employee that has more than 5% ownership in the company during the current plan year or the prior plan year. A more than 5% Owner is an HCE regardless of actual compensation. Immediate family of the Owner(s) of the company are also considered HCEs for plan purposes. This includes the spouse, children, and grandparents.

Non-Owners can also be considered HCEs if they have receive a certain level of compensation in the prior plan year.

Who is a "Key Employee?"

What is the ADP test?

The HCEs can not defer on average more than 7%. The above HCE average deferral result of 8.67% produces a failed ADP test and results in refunds to the HCEs.

What is the ACP test?

Is there anything we can do to avoid the ADP/ACP tests and resulting refunds to our Highly Compensated Employees?

Yes. Safe Harbor Provisions can be added to your plan document that will avoid all ADP/ACP tests allowing each Highly Compensated Employee to defer the maximum $18,000 or $24,000 if age 50 or older regardless of how much the Non-Highly Compensated defer each year. Please see “Safe Harbor 401(k) Plan” under the tab Plan Types and call our office to discuss further.

What is the "Top-Heavy test" and what effect does the result have on my plan?

The Top-Heavy test is performed annually to determine the percentage of assets held in the plan belonging to Key employees (see Who is a Key Employee?). When more than 60% of plan assets are held by Key employees the plan is considered Top-Heavy. This determination can result in top heavy minimum contributions that must be made on behalf of non-key employees. A determination of Top-Heavy status does not necessarily always require minimum contributions. Please call our office to discuss plan designs that may avoid or meet the Top-Heavy minimum requirements.

What is the Employee Retirement Income Security Act (ERISA)?

ERISA was passed in 1974 to protect the security and well-being of millions of retirement accounts. Under ERISA, plan sponsors are required to design and operate their retirement plans for the exclusive benefit of participants and their beneficiaries. ERISA also sets standards of conduct for those who manage employee benefit plans.

What is an ERISA fidelity bond and is it required?

An ERISA fidelity bond is a required bond that must be maintained by the fiduciaries of the plan. The bond is in place to protect the plan assets from fiduciary theft or fraudulent activity. The amount of the bond must be at least equal to ten percent of the funds handled, but not less than $1,000 or more than $500,000.

Does my fidelity bond cover my fiduciary exposure?

Is there a difference between an ERISA bond and fiduciary liability policy?

Yes, you are required by ERISA to bond or insure your plans from employee dishonesty in the lesser of $500,000 or 10% percent of all plan assets. Fiduciary liability insurance is not required by ERISA. However, a separate insurance policy may be purchased to provide fiduciary insurance coverage. This coverage provides protection to the fiduciary in the instance a participant makes a claim of fiduciary breach and defense is required.